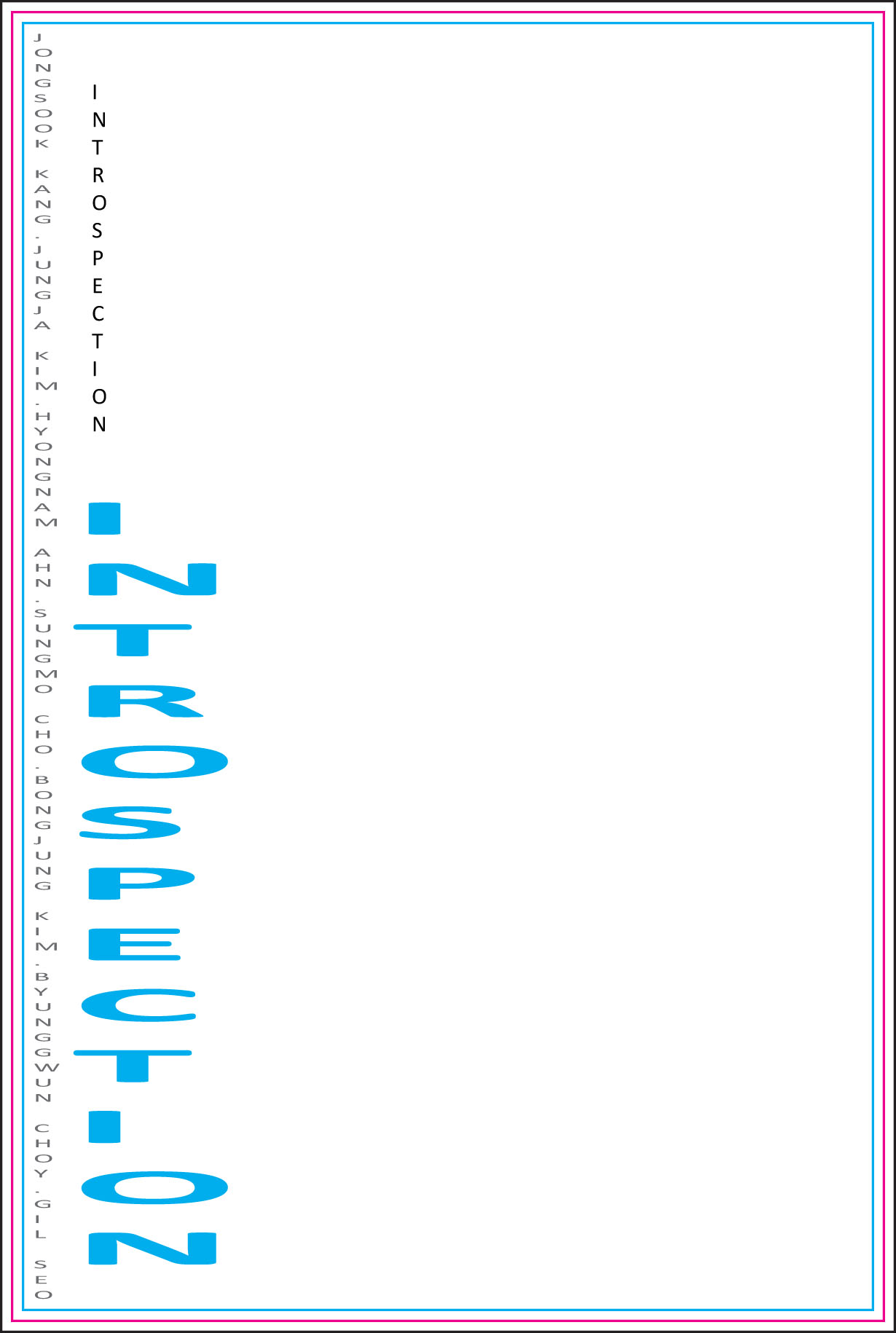 If to examine one's own mental and emotional state is called introspection, then how do artists examine their own inner selves, expressing them in their work? Similar to the saying, "what you see isn't everything", what is seen in the artwork may not be everything, but only a part of the truth; what is hidden in the work may have a completely different emotion and story. Depending on the artists' mentality, the speed of his brushstroke may change, the depth of her color may vary, and the subject matter will most likely, be different. Consequently, only through the work itself can we attain some understanding of the artist's state of mind. Through this exhibition, we wish to examine how the artists' introspection influences their work and how the concept behind their work represents their persona.

Ceramicist Jong Sook Kang confronts her fears of the unknown in New York City, a well-known destination in which immigrants struggle to survive and where dreams are believed to come true. When Kang came to New York in the 90's, she had been an immigrant who endeavored to assimilate into the culture and environment. Kang expresses her true spirit for adventure in the big apple city through symbolizing its fruit, using non-conventional colors, such as black, white, yellow and even stripes.
In certain parts of Jungja Kim's work we can see that she brushed as fast as lightning, yet blends her strokes using natural dyes giving us a calm feeling. The rapid painting in "The Rain Shower" shows time that is frozen during a rain shower, while the other rapid brushwork in "The Time Left" shows time that is continuously flowing. Humans have been struggling against the dark half of their consciousness and have tried to get out of this trap. Kim's work depicting revolving time shows these experiences of realizing and struggling against this trap.
Sungmo Cho for twenty years tried to realize hisdream of completing a particular work that he finally completed in his studio. For a long time, he postponed completing this sculpture because he had been in the process of collecting materials from dumped computers. So this is the most meaningful work of his life as an artist. Through this sculpture he expresses the conversation between nature and culture.
Hyongnam Ahn uses mixed media to create sculptures that deal with time and balance and that pertain to the exchange between solid and void that relates to Taoist philosophy. By controlling his means and devices Ahn vividly expresses elegance and spirituality. Most of his recent works are based on subliminal objects inspired by natural occurrences such as moonlight and migrating birds. These natural sourced materials and methods inspire the core of his being.
The Photographer Byung Gwun Choy collects the leftover scraps that remain on stripped posters, advertisements and bulletin boards, which create abstract images. Those traces are not simple abstractions, but delve deeper into the human consciousness and into the spiritual awakening of life. By enlarging these images of leftover pieces, Choy shows that these simple forms magnified can depict completely different images, such as a mountain, trees, roads, waterfalls and even humans.
Gil Seo's series of work "Apathetist" depicts a mutated variant of a human through his deteriorating environment rendered with dead tree twigs or animal skins begging the question "What is beauty to you?
Bong Jung Kim's new series shows the unknown passion hidden in his mind in an explosion of works. Now, he expresses the frustration that festered inside his heart through his works on canvas, through black backgrounds that symbolize the black hole that is hidden inside his soul. With the use of printer parts, could he be trying to replicate and convey the frustration in his heart to the audience? His surprising use of these objects is a refreshing new advance in his work.