Half a Century in New York 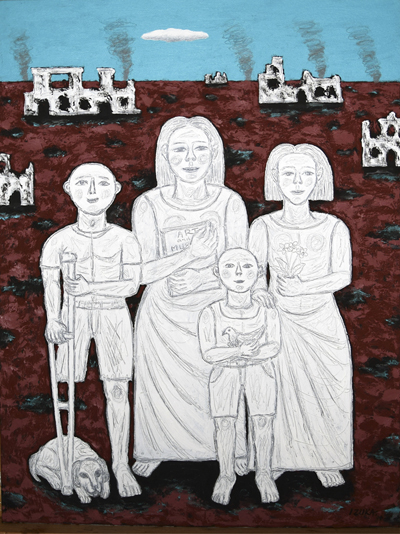 On August 3 to 15, Kunio Izuka (former president of the Japanese Artists Association of New York) will be exhibiting his works themed "Half A Century in New York."

During the restoration period after the war, Izuka landed in Los Angeles in hopes to become an artist in 1961. Soon after he moved to New York, he spent most of his expenses on making sculptures as well as prints during the 60's and in the 70's, his paintings were mainly depicting the chaos of the city, as well as his works, after his visit to Nagasaki, Japan, which depict the theme of "anti-war, anti-nuclear weapons." Since then, he continues to broaden his repertoire as an artist confronting social issues today.