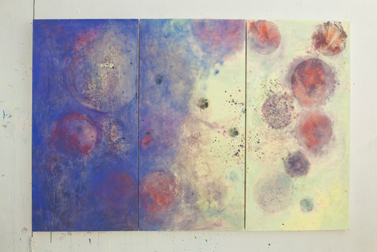 Hisako Kobayashi wants her paintings to evoke in us what she feels when she listens to music. It may not be the thunderous roar of Beethoven's Ninth that she has in mind. Perhaps it is the solitary, haunting notes of the ryuteki  a flute from her native Japan  that move her. "Painting sound" is an abstract concept, placing Kobayashi's work in the tradition of Abstract Expressionism. Several of her canvases feature layer upon layer of grey oil paint stippled with tiny cracks or fissures. These monochromatic fields seem to embody the equilibrium and balance of a long-time meditator. The viewer is both comforted and bewitched. Some see Japanese calligraphy as the origin of the linear markings. But couldn't they also be read as the imperfections of any mood, any person, any life? One image appears to be a slate-grey moonscape, burnt through with circular orange scars. Does it represent a heavenly body far distant from our own? A peach colored landscape is marred by tiny red droplets that suggest blood. The scratches on a blue field look as if they had been made by a frantic human hand. The whole scope of the human condition is condensed and conveyed by Kobayashi's simple strokes. It is not unusual for American artists or musicians to gravitate to Greenwich Village in search of fame. But it is unusual for a Japanese national to feel that pull from a continent and an ocean away. Kobayashi made New York her home in 1981 and received her MFA from Pratt Institute. Over the last fifteen years, she has exhibited in Guatemala, Rumania, Japan, Mexico, France and Germany. Here in New York, the National Art Club in Chelsea invited her back for the fourth time. In the fall of 2015, she will be featured in The State Museum of Oriental Art in Moscow. Tenri Cultural Institute in Paris has also been lucky enough to show her renowned abstracts. 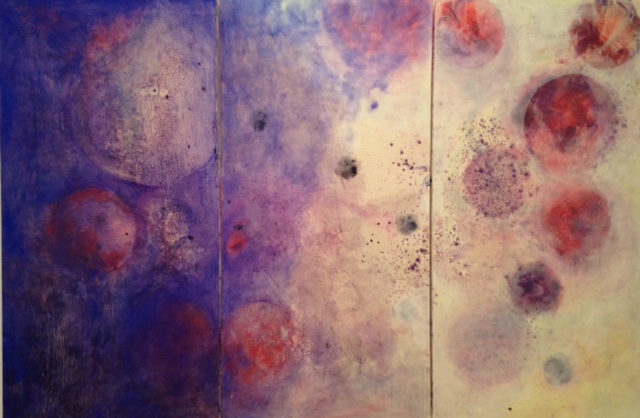 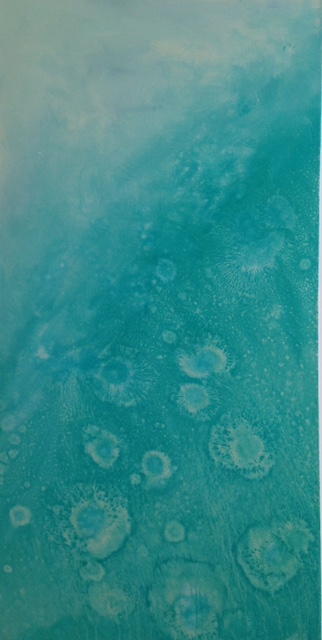 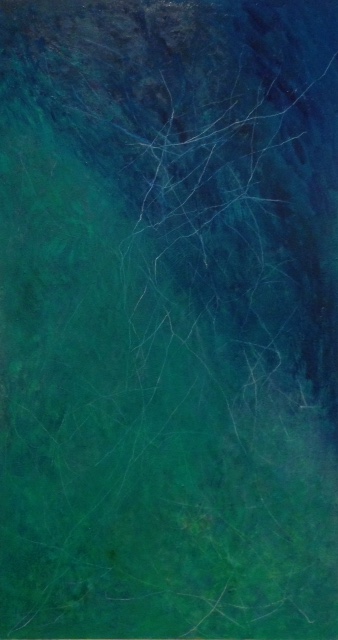