Kan no Mado (Window of Midwinter) Kuroo folds canvas like paper origami, a method he learned in his native Japan. However, he rejected the traditional rigid and competitive world of his youth opting for the creative, artistic milieu of Manhattan after immigrating to the United States. While simultaneously struggling to acculturate and to maintain his current status he creates and examines art bridging these two very different worlds.

Kuroo’s methodology, origami, hearkens back to first century China, but this process has specific meaning in Japan to which it spread in the 6th Century. The Japanese save even the tiniest scrap of paper that may come in useful in creating origami that had become a popular pastime passed down personally from generation to generation until the first written account dated 1797 How to Fold 1000 Cranes. Kan no mado (Window on Midwinter) was the first published book of origami models whose title seems fitting for this exhibition. But, while Kuroo’s origami method may be traditional, his personal métier is very eccentric and individual. He cuts, folds, collages and colors canvas creating intricate layers of color by sanding these down showing the soft multi-layered underlying surfaces. He chose this hand-method because he believes we must preserve our heritage rather than reject it for electronic means. Kuroo feels that this analog method origami, is a more direct means of communication that combines handmade warmth with mathematical objectivity.

He has exhibited at the Uneo Royal Museum, Tokyo (1999), the Ishibashi Museum of Art, Fukuoka (2000), and the Kouriyama Museum Fukushima (2000). In the United States, he has had solo shows at Bronx Community College Gallery, NY (2006), Gloria Kennedy Gallery, NY (2007, 2008 and 2009),Ouch Gallery, NY (2008) and Graphite Gallery, NY (2011). He was awarded the 2007’s Xavier Gonzalez and Ethel Edwards Grant at the Art Student League through which he went to Spain, and won a Pollock-Krasner foundation Grant (2010). Hiromitsu Kuroo’s works are held in the permanent collections of Miyagi National School of Technology, Tohoku University of Art and Design, and by the city of Yamagata, Japan. 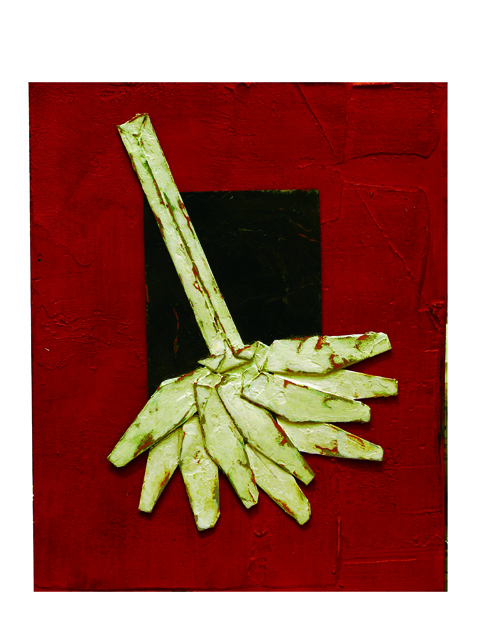