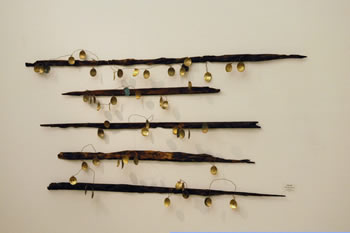 Hijo Nam's works are inspired by spiritual motifs and monumental landscapes such as the Jiri Mountain in S. Korea, Grand Canyon, and Bryce Canyon that invoke in her the sounds of the soul. Nam has included vast and mysterious landscapes and cities such as the Greek Meteora and Ancient Delphi, which have offered her a sense of spiritual awakening experienced through her journeys. Consequently, Nam has taken these inspirations from nature, and found special qualities in scrap metals to create a universal message of soundless yet soulful sound. The sound of nature evokes a universal chord that does not relate to religion, gender, or nationalism, but rather, is for everyone. Nam wanted to communicate spirituality to her viewer rather than use heavy substances that may have conveyed negativity. Nam collects and reuses scraps of metal, wood, paper, wrappers, wine screens, string, and other so called detritus giving it new life by incorporating it into a work of fine art. These repurposed materials contain the imprint of time but also the resulting actions that humanity has impressed upon them.

Nam's Cycle of Nature is a construction made of a circular metal form whose inner parameter contains a bent wooden semi-circular element held at intervals with metal clips. In its center there is another tondo that can be read as the earth, sun, moon or other natural entity that has to do with astronomy. Cycle of Trace, 2012 is comprised of neutral coloristic tones in rusts and camels juxtaposing multiple warm and cold shades. The support medium is distressed metal containing holes, dents, patches, nails on a surface that itself has been wrinkled like fabric. Freedom from Avarice is a work that speaks to the Buddhist promised release from the illusion of life after having lived a righteous life. This circular work also uses the void as a sculptural element in the sense that it incorporates it encapsulating it with vertical and horizontal colored wires that form a globe. This sculpture can also be read in terms of neo-Dadaist combines that while mixing media also incorporate accident as seen in Nam's imperfectly tied wires at the top, or her passages of dented wires formulating the globe.

Nam earned her BFA and MFA at Pratt Institute and has exhibited nationally and internationally at prestigious venues in solo and group shows. 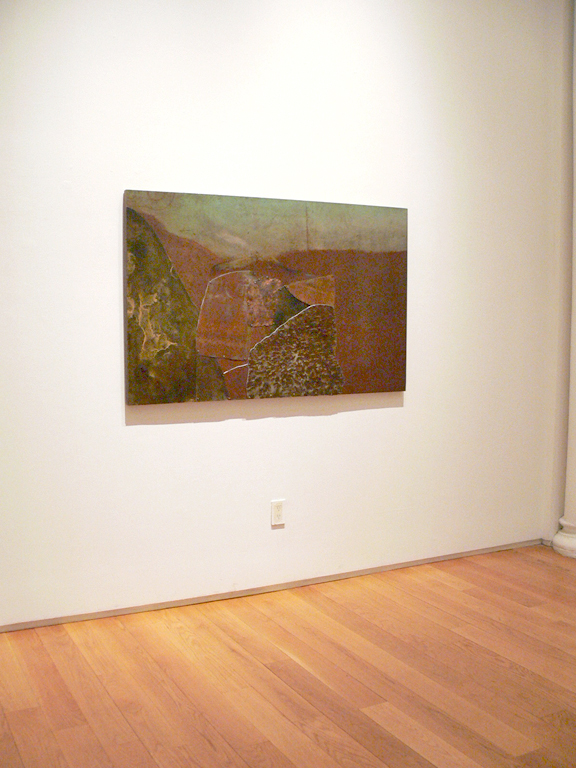 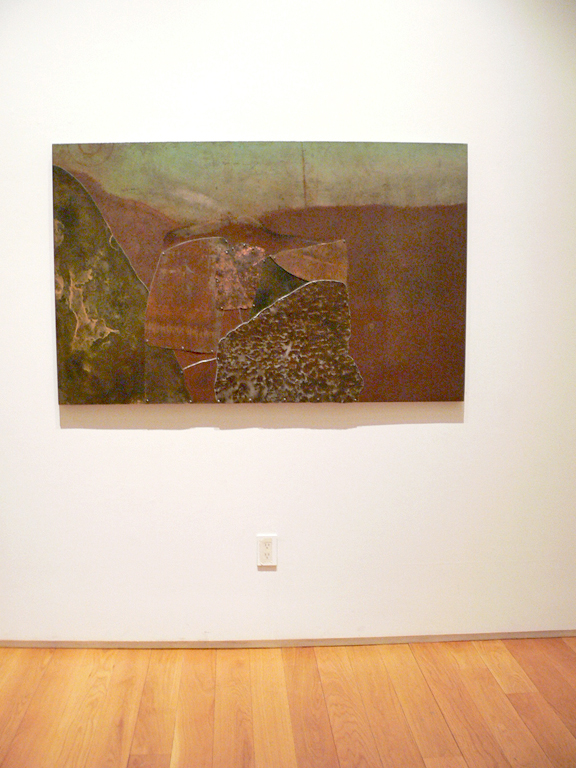 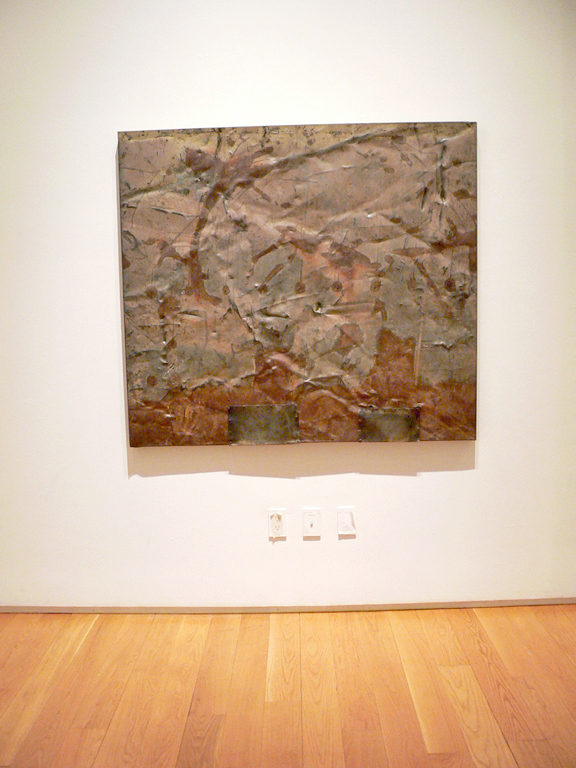 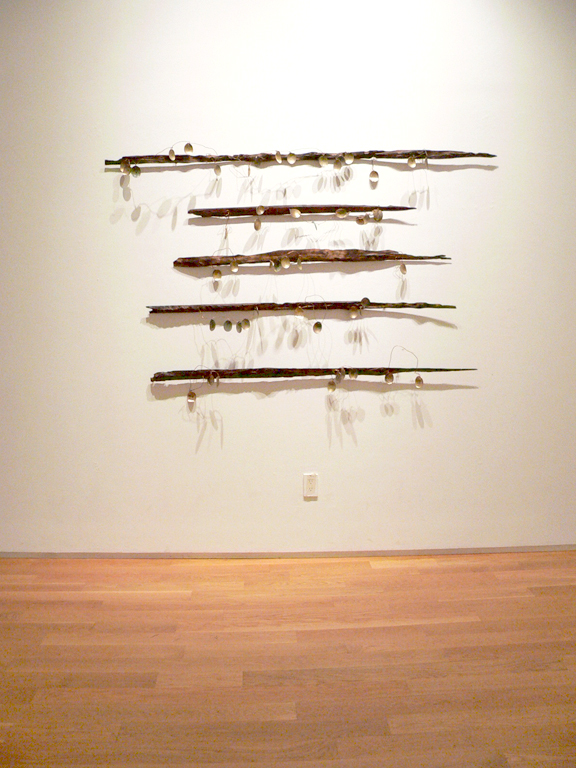 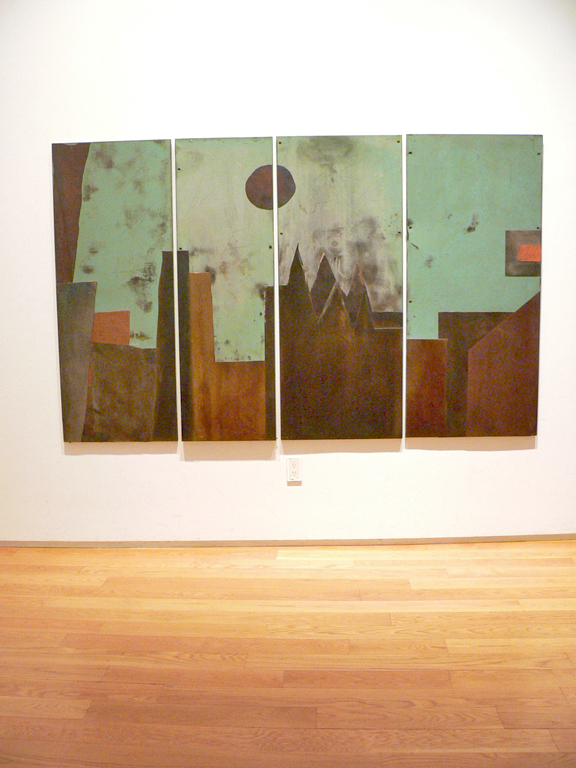 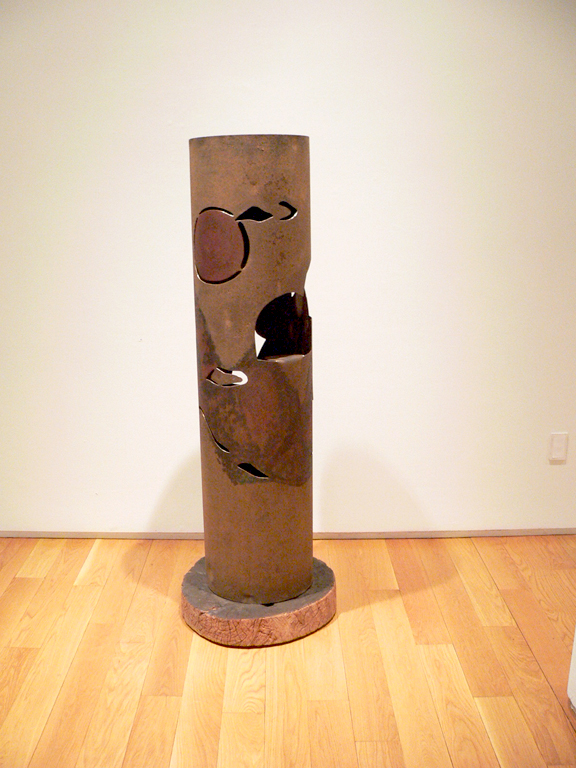 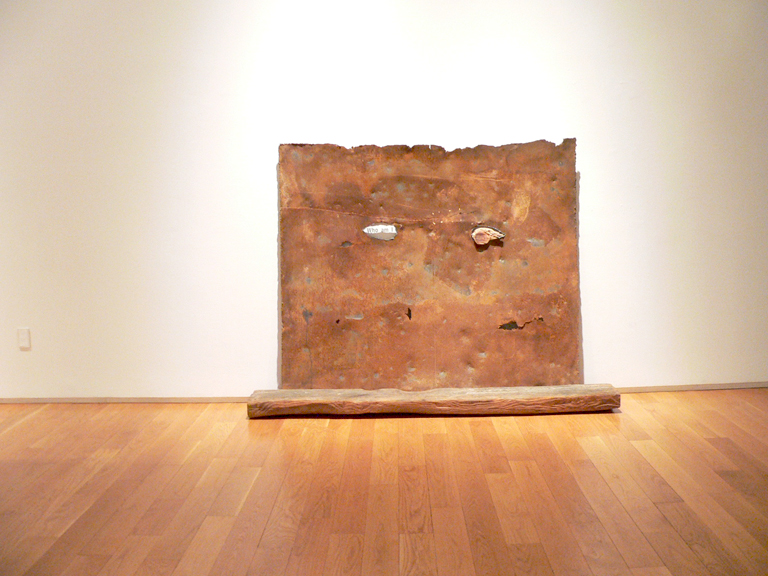 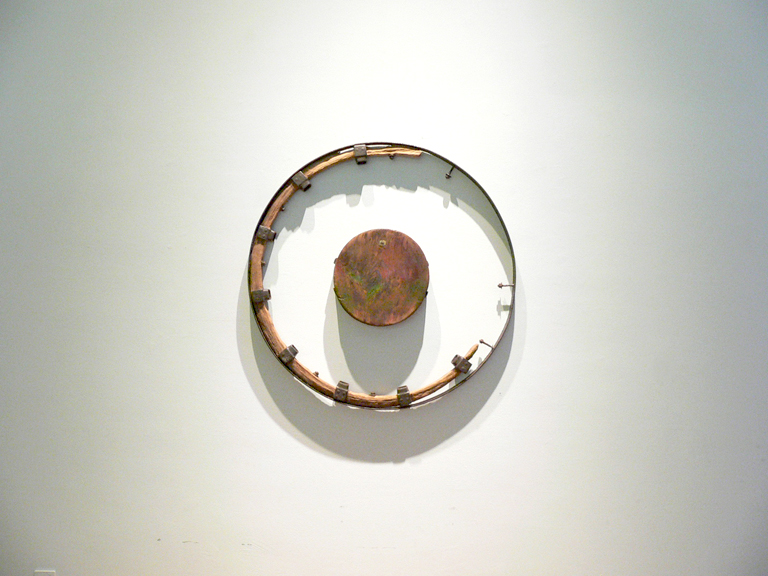 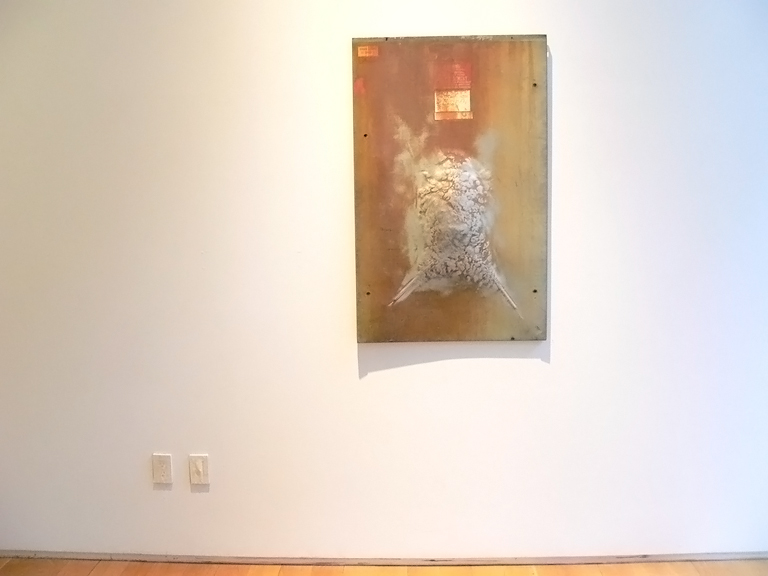 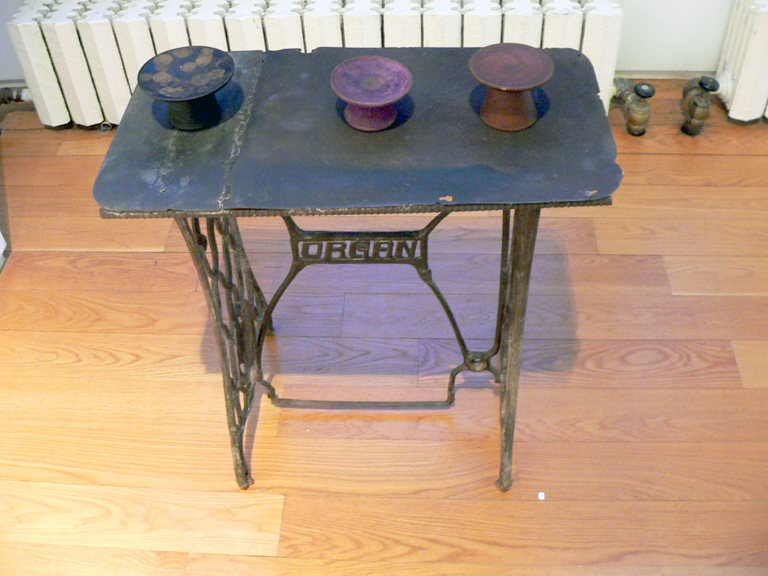 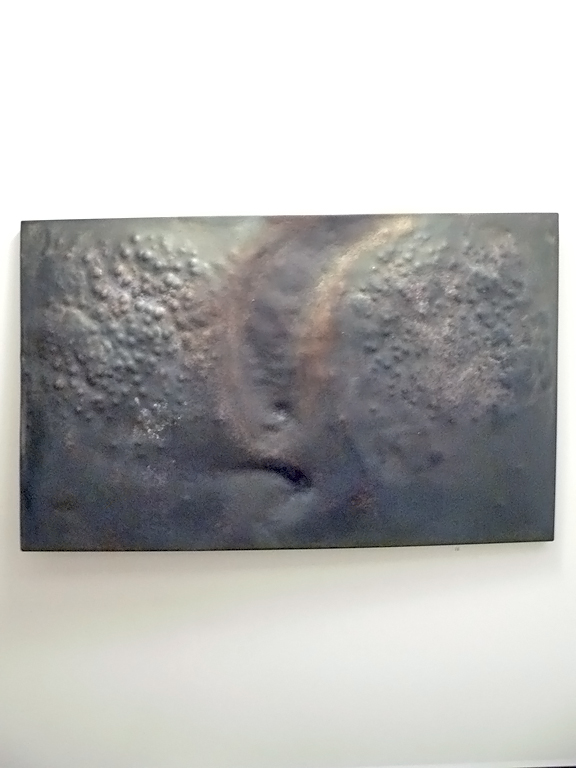 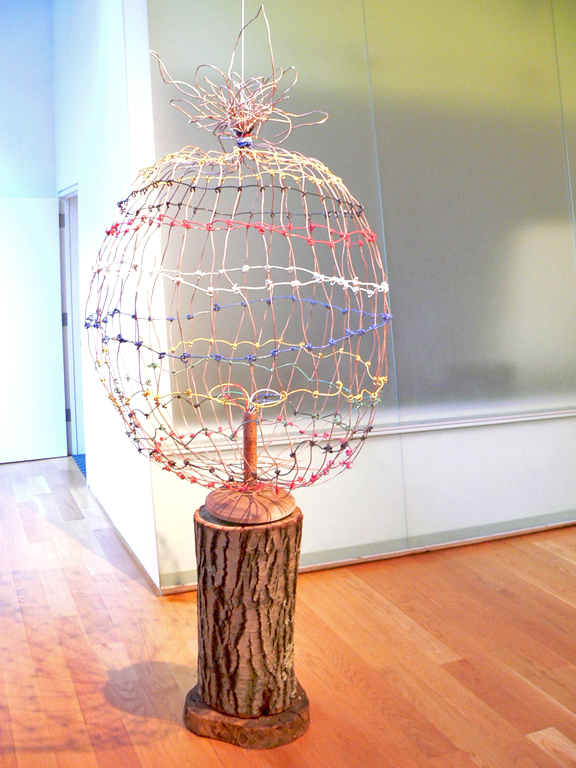 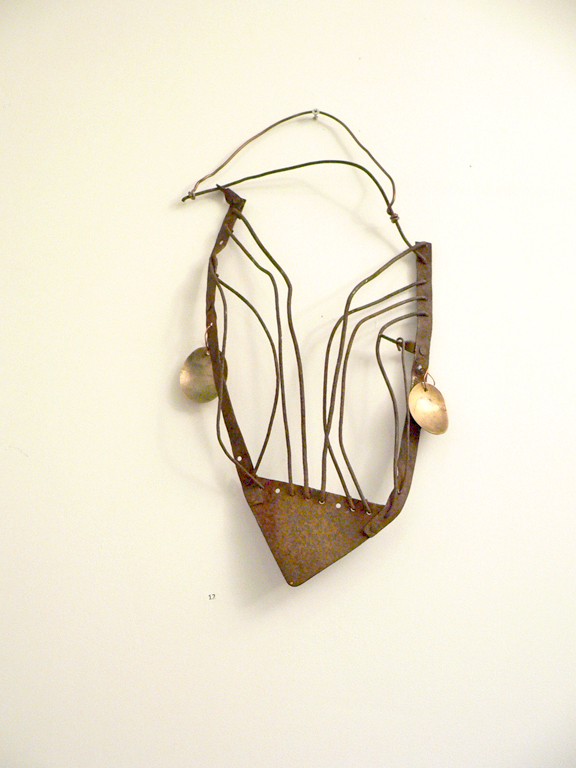 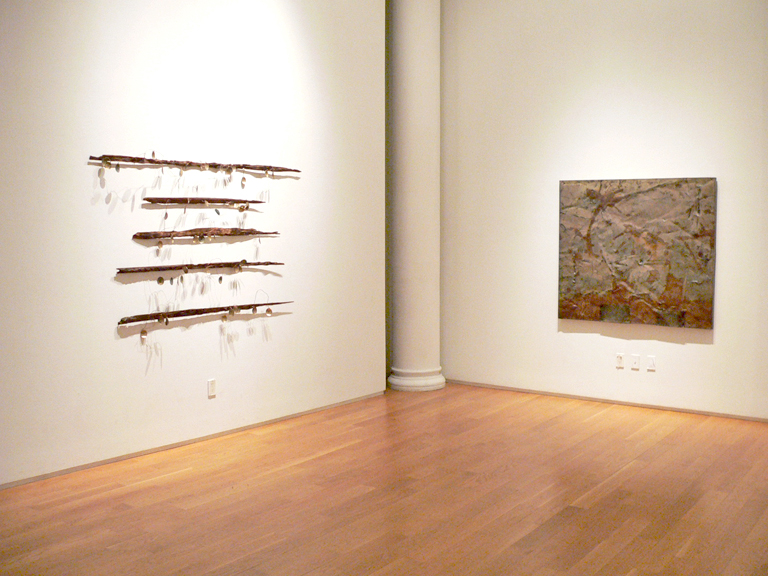 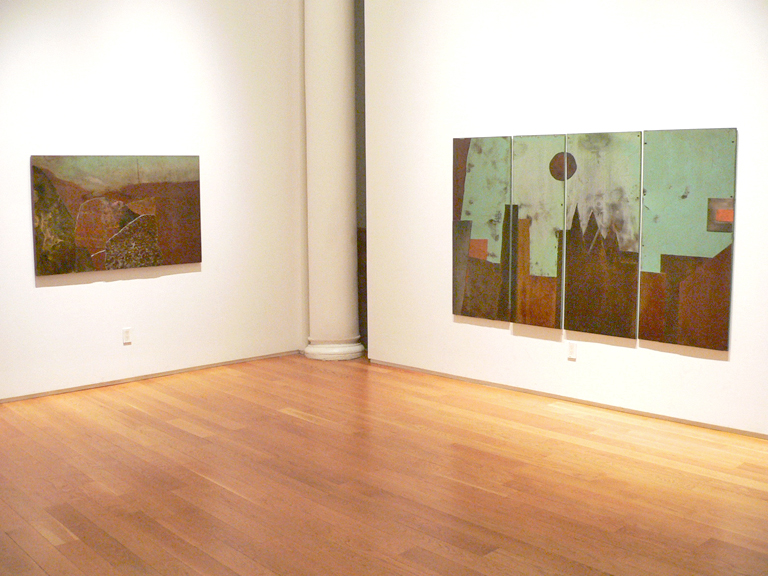