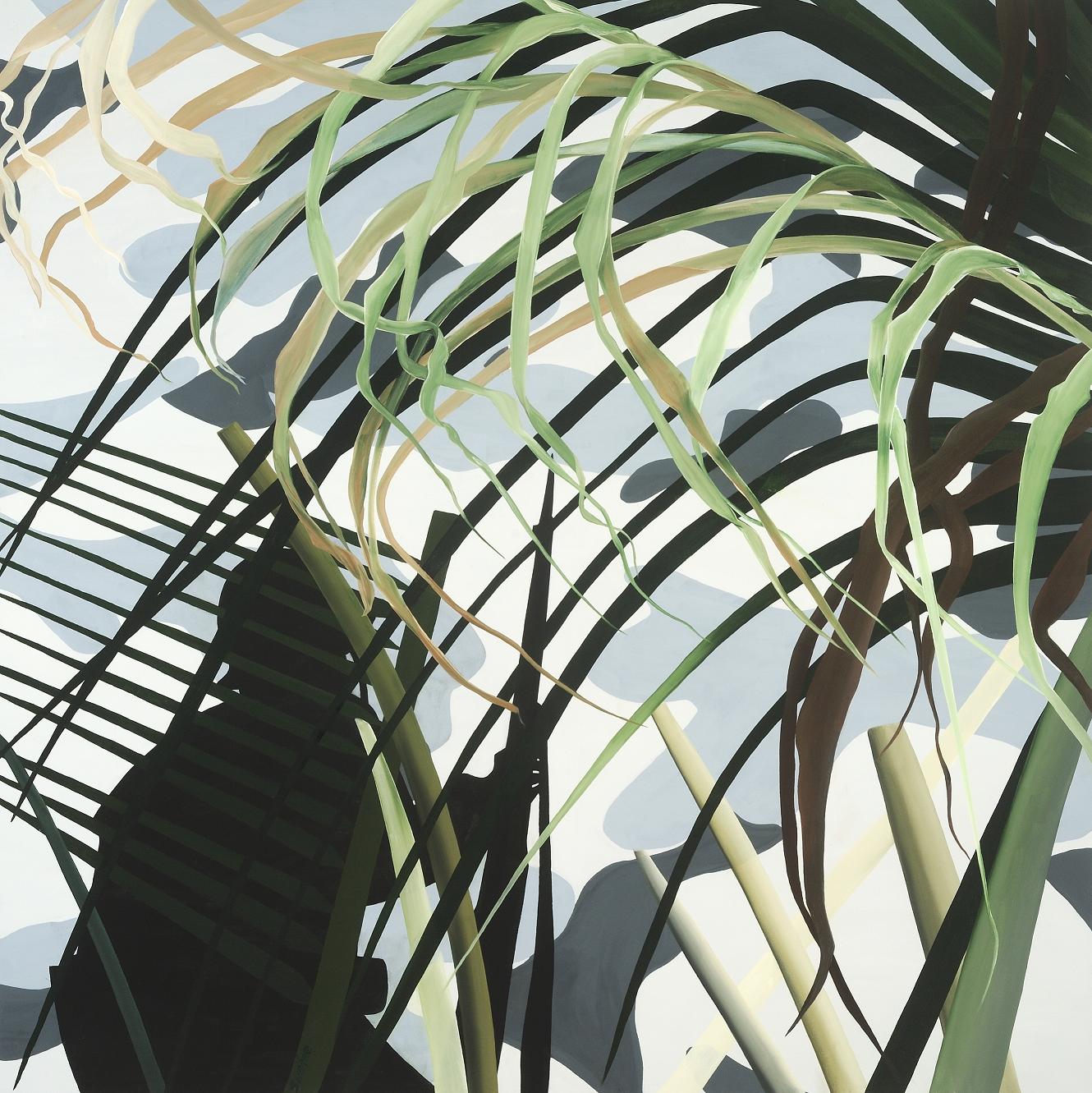 Through her Camouflage paintings Jung comments on the state of the world; on life and death, on fairness and travesty, on honor and respect, on family, on the individual and his emotions. She honors life by acknowledging death in life's cycle but also for those experiencing an untimely death; servicemen and women. Consequently, her Camouflage work references their suffering and death while serving their country dressed in camouflage garb to avoid danger.

A form of visual deception, camouflage is used in military battles for survival. It's not about hiding so much as it is about camouflaging that requires a soldier wear the colors of the natural environment, so that he is seen but not recognized. This survival skill became popular beginning in the 19th century with the increasing accuracy of new firearms. Like the military technique of countershading, Jung takes her lessons from nature. This technique considers the distribution of light on an object within the background and counterbalances shading effects so that the object's shape and projection are camouflaged.

Jung's series can be discussed in terms of Darwinian theory and natural selection in which features such as camouflage aid animals in their survival allowing them to adapt and grow in their own and even other econiches. Jung's Camouflage VIII, 2012 an oil on canvas is such a camouflage painting in which she depicts jungle greenery and camouflage patterns among which is a soldier also wearing olive and brown like the background. So that, even though he is visible, because he's standing still and is behind bushes he is not obvious. As the artist says in her statement when discussing people's dreams "These men and women are camouflaged in the battlefield of life to avoid physical danger but often they also hide their emotions; their anxieties, their trepidations, their vulnerabilities." So that this series is dedicated not only to those men and women in the military serving their country, but also to the common man in the street who wears his own mask of disguise. 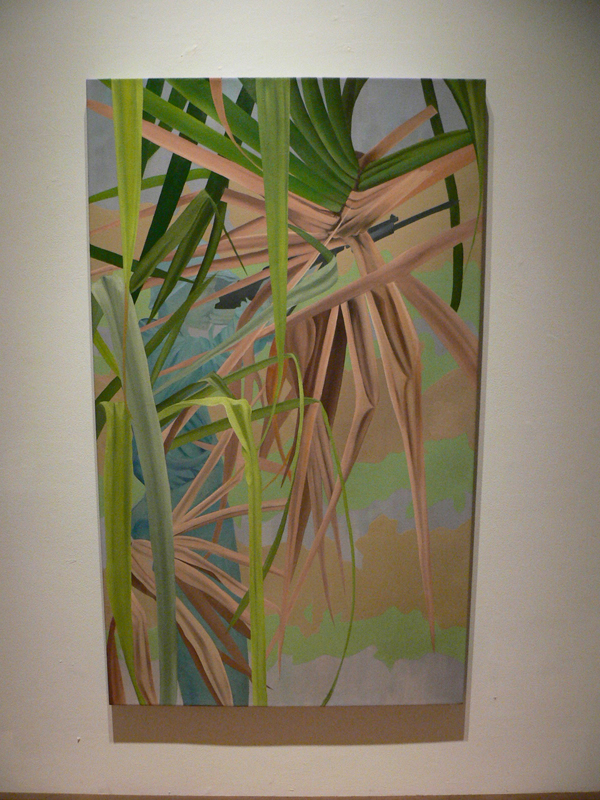 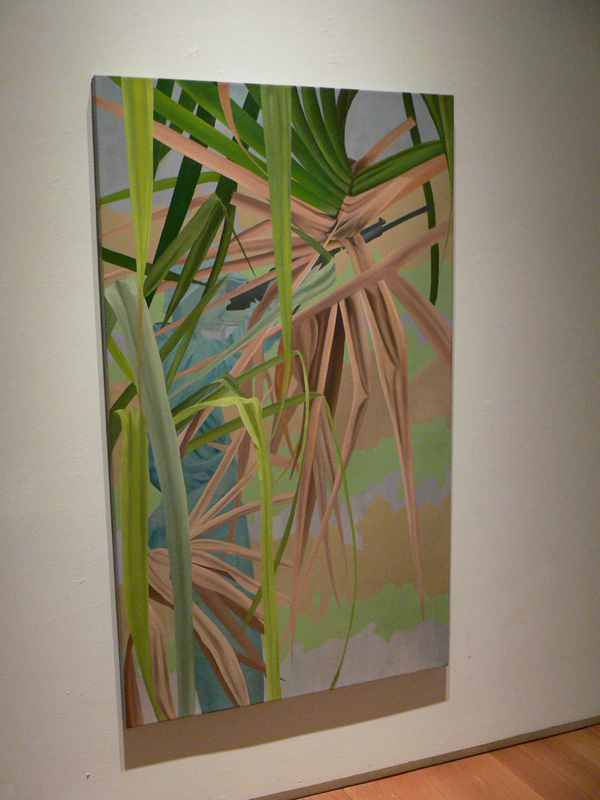 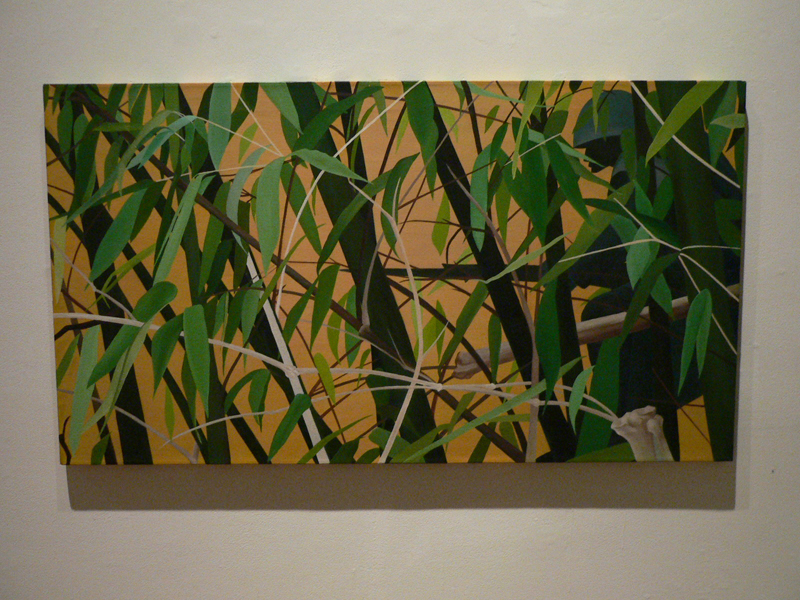 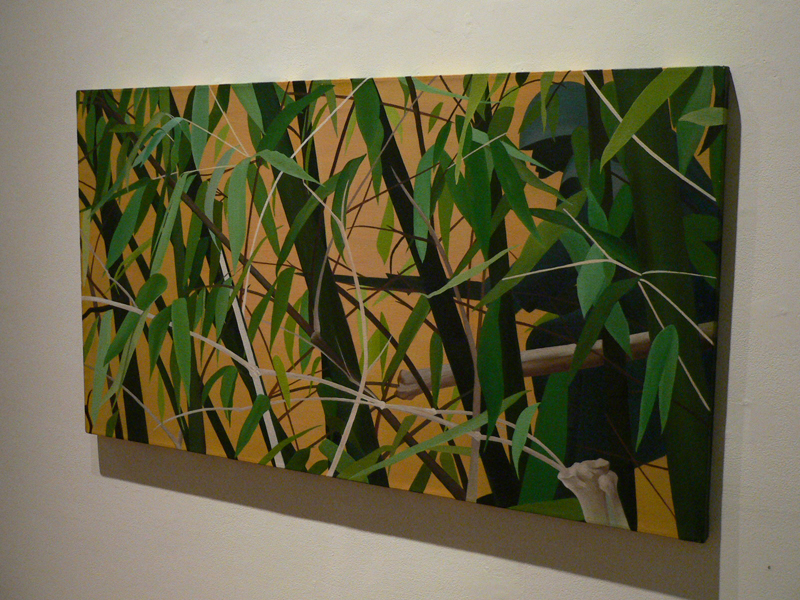 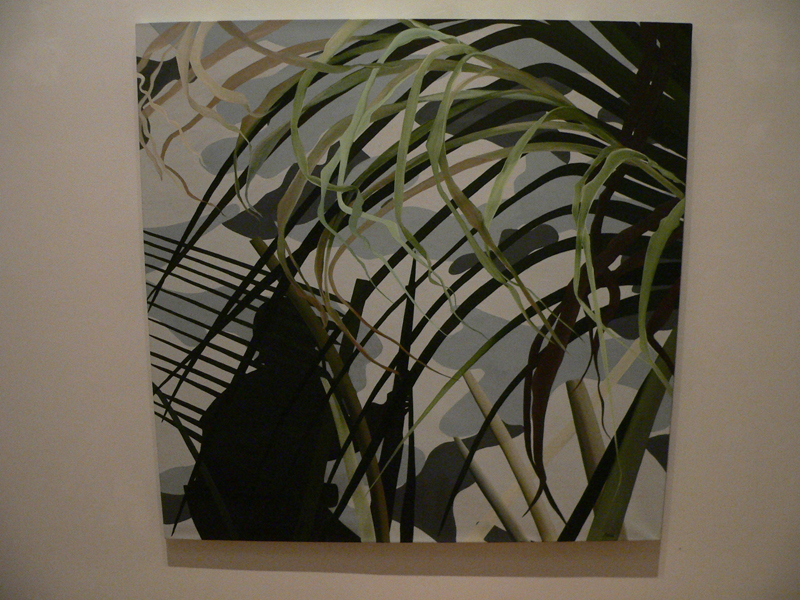 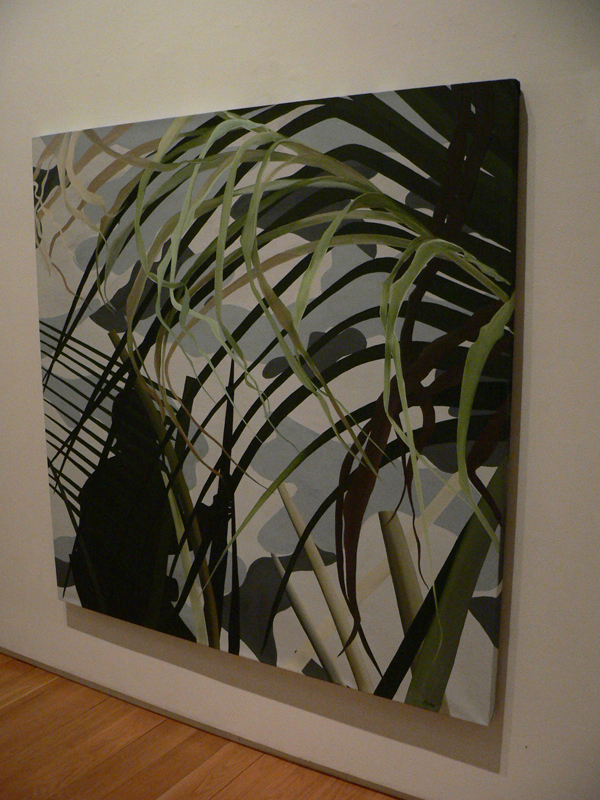 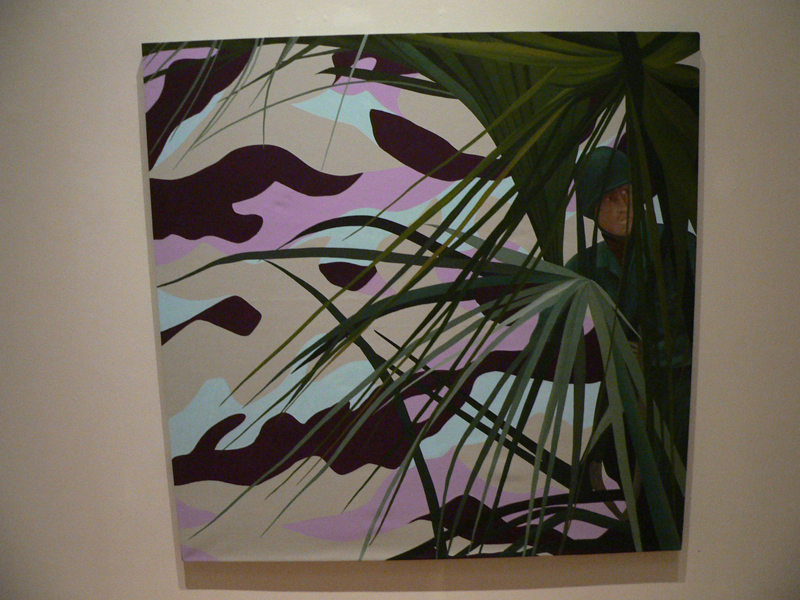 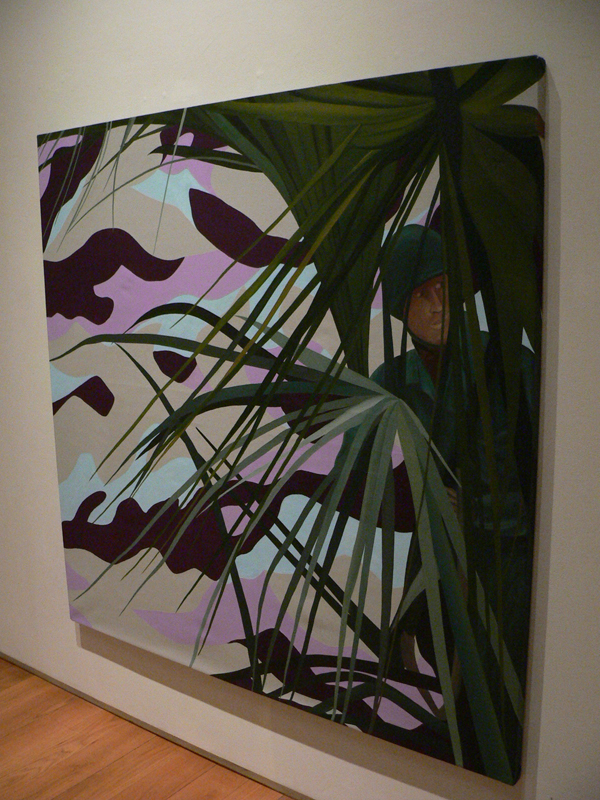 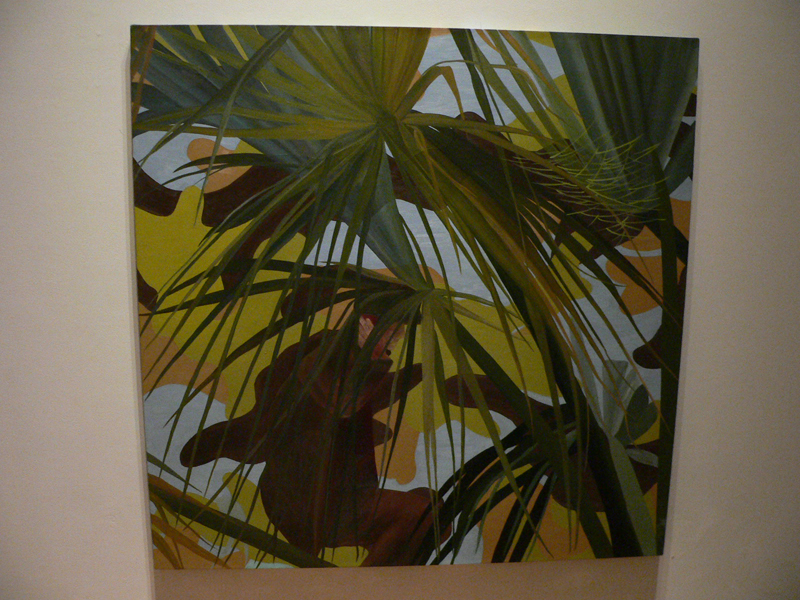 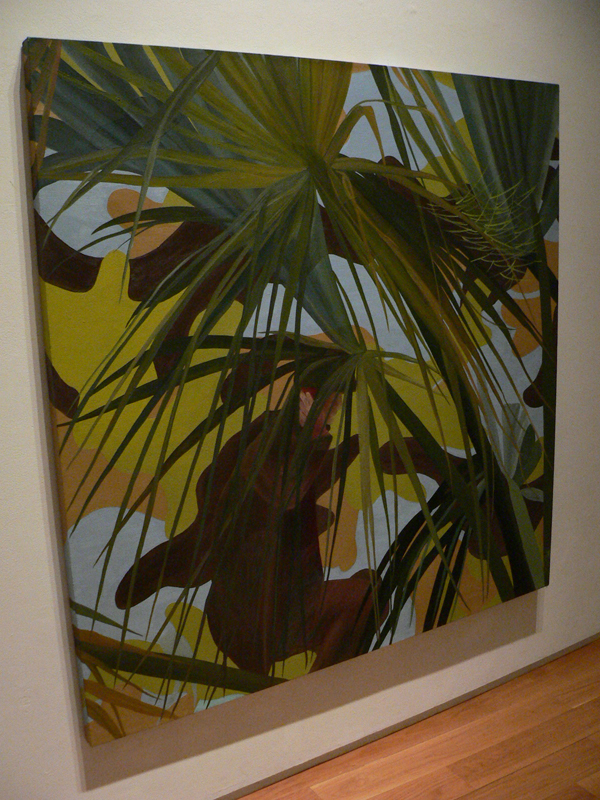 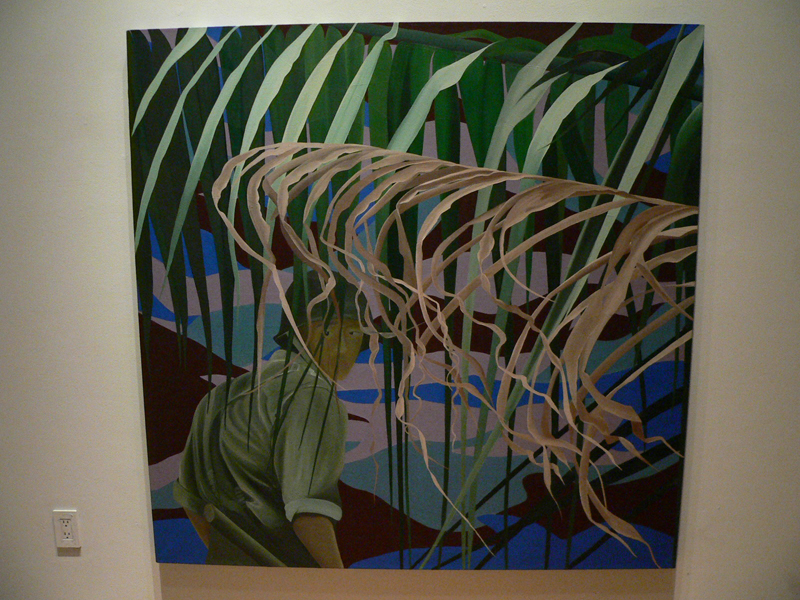 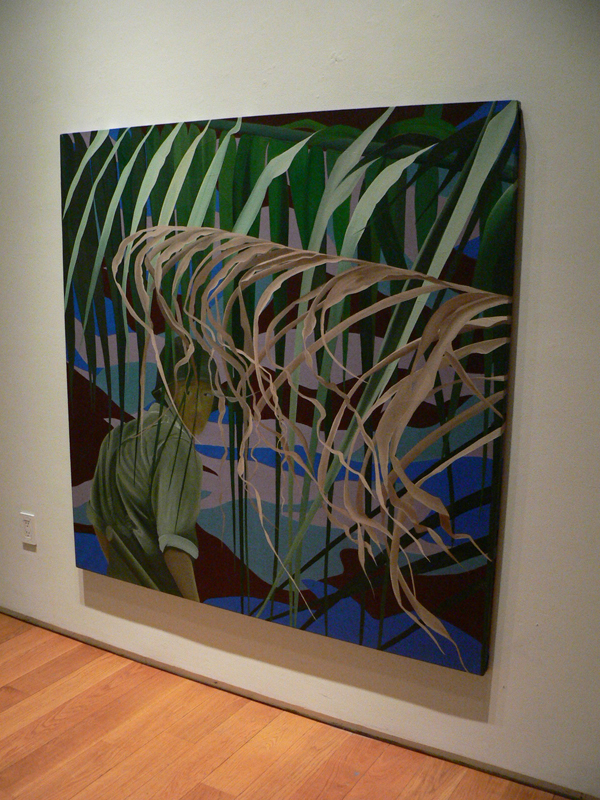 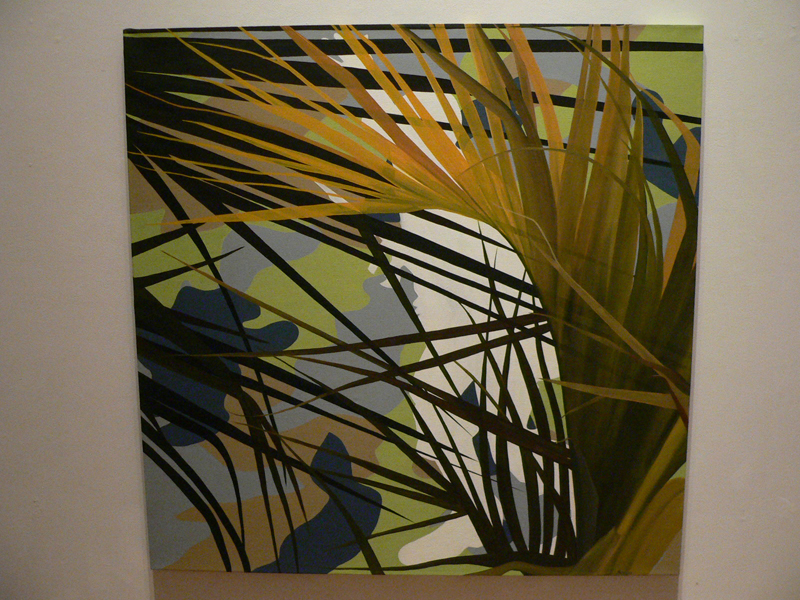 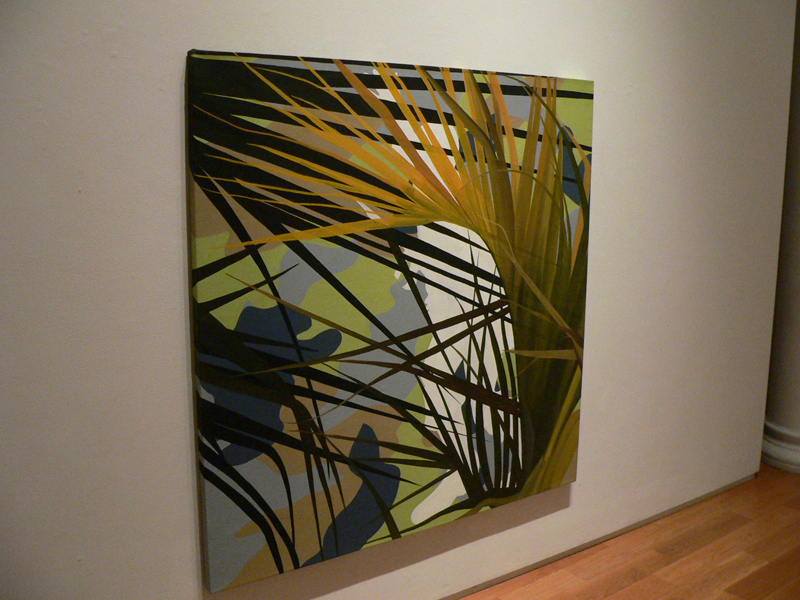